This section focuses on developing techniques for playing rhythmically. The first technique that we’ll cover is articulations using vowels and consonants used in repeating patterns.  Lets begin by going back to our a..e..i..o…u.. example from Part 1.

Now let’s try the un-vocalized phrase of  o…e…o…ta.. on a repetitive basis.

You will probably notice that doing your circular breathing will become a bit more difficult when beginning rhythmical playing.  In this exercise try breathing during every other …ta.. of the pattern.  If you’ll spend a bit of time learning this pattern solidly, while including circular breathing, you’ll be laying down a good foundation that will make everything else you learn much easier as we proceed. There is really no limit to the variations in rhythmical patterns and tonal variations that you can create using just tongue and lip motions while going through vowel and consonant articulations.

Lets go back to our a..e..i..o…u.. articulation and add a ..ta.. at the end and repeat that in a rhythmic fashion to create a little more complex pattern.

We can expand this technique even further to explore the vast universe of using non-sense syllables, actual words and full sentences to create rhythmic sequences. We can even vocalize as we do it.  Here’s the didgeridoo saying… didgeridoo… repetitively.

Now let’s try the sentence… “I can play the didgeridoo.”

You can see that it is unlikely that anyone will understand what you are saying into the didgeridoo but by experimenting with all kinds of different sentences or phrases you can come up with all sorts of useful ideas for creating unique and useful rhythmical patterns.

We can more strongly accentuate the rhythmical quality of these patterns through several more techniques and the next that we will discuss is using control of the diaphragm to create little surges or blasts of air to create a staccato effect rather than a steady stream. Try doing this as you play the Didge  ha….. ha….. ha….. ha….. ha..ha..ha

Next we’ll go into a tonguing technique to create what I will call “rhythmic hits”.  The first one to try is using the t sounds t..t..t..t..t

Another type of rhythmic hit is a tongue and lip spitting type of technique that is sort of like spitting out a cherry pit.

Now let’s add the cheek pop that we learned in Part 1.

Now I’ll throw a few of these techniques together to create a complex and intriguing pattern.  Keep in mind that when you start creating patterns of your own it may be difficult at first to keep up your circular breathing.  Only by trial and error will you discover where it’s best to take your breaths.

Our final technique to be covered in this tutorial is that of using trumpet tones in our didgeridoo playing.  These are created by tightening the lips and getting the tone to jump up an octave or more. Longer and narrower Didgeridoos are generally capable of getting more trumpet tones than the shorter and fatter versions but most can get at least two different trumpet tones.

In most didgeridoo playing, trumpet tones are usually used as rhythmical accents. One tip that may help is to use the spitting technique to initiate the trumpet sound.

Trumpet tones can also be sustained and modulated just like the basic fundamental didge tone but it is much more difficult to maintain because of the increased pressure and strain it takes to create these tones in the first place. Now throw in circular breathing and you’ve got something that will be challenging even to the most advanced players.

There is an additional “play along with”  practice session on the tape tutorial that is not included here but there are plenty of cuts to download from the “Didgeridoo Recordings” pages that should give you plenty of material to practice with and a “Practice Rhythms” section with percussion tracks to play along with that you can access below… just click on the appropriate buttons.

In your exploration of didgeridoo playing you should study the musical styles of different players and listen to a few of the available recordings.  My album,… “Didjeridoo in the American Outback”  is an excellent companion to this tutorial because by learning the techniques taught here you can play most of the material performed on the CD.  “On Wings of Eagles” is a good example of more meditative styles of playing and with the inclusion of Native American Indian Flute it shows how diverse cultural elements can be brought together to create a unified whole.    “Didjeridu Planet 2” & “Didjeridu Planet 3” is an extraordinary compilation CD featuring 30 different didgeridu players and/or didge-ensembles and it provides a world view of how the didge is being used in contemporary music today.  You can find these recordings in our music catalogI would also recommend studying the styles of Aboriginal players like Alan Dargin and David Hudson to round things out.

It is really enjoyable to play along with percussionists or rhythm tracks to help develop a strong and accurate sense of timing (see the Practice Rhythms link below).  It is also equally rewarding to play in a freeform manner dropping in and out of rhythmic patterns and creating rich and varied drone sequences. This type of playing can become a type of meditation and can lead to all sorts of new discoveries and breakthroughs in your playing technique.  It’s also a great way to wind down at the end of a hectic day.

Remember that the didgeridoo is perhaps the oldest instrument know to mankind.  It is still used by the Aboriginal People of Australia ceremonially to enter into trance like states to help put them in touch with their Dreamtime World, to do healing work and to communicate with the forces of nature.  Traditionally, young men were often sent out into the bush to learn to play the didgeridoo by listening to and emulating the sounds that they heard.  In this way they would form a strong bond and deep respect for the land that sustained them.  If you allow it to, the Didgeridoo can do the same for you as well.  By all means, have fun with the instrument, but by treating it with respect you’ll have a much more fulfilling journey.  I recommend that you take it upon yourself to learn a little about the culture that you are borrowing this instrument from.  The book “Voices of the First Days” by Robert Lawlor is a great place to begin a study of Aboriginal History and Culture and “Dream Keepers” by Harvey Arden is composed of interviews with Aboriginal Leaders and Elders.  I also highly recommend “Didjeridu; From Arhnemland to Internet” by Karl Knuenfeldt. 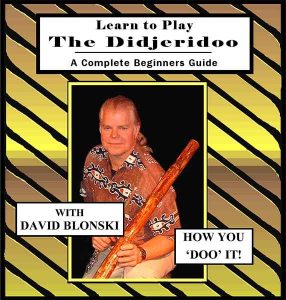 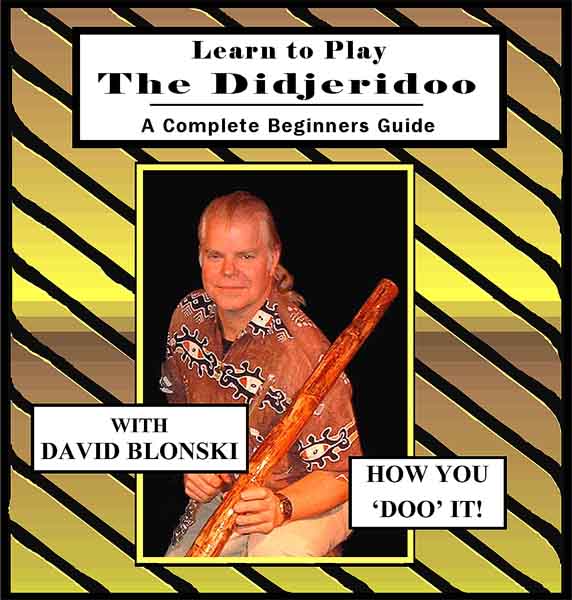 How to Play the Didgeridoo - full digital download
Includes high quality MP3s of each song along with all the cover art and liner notes included in the CD package. Your download link will be delivered by email.
Price: $16.98
Price: $4.98

A Fabulous Guide for the Beginner to Intermediate Player
$14.95 with FREE Shipping within the USA

Customers outside the USA are recommended to purchase the download.  International 1st Class shipping by USPS is an additional $12.00